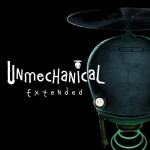 Playing catch up with the blog again today. It has been a few days since I checked in. Of course I have been busy, but I made it a point tonight and sit down and write this. Here we go. Wednesday I got off work and went to the store, then made dinner, and then went to trivia. It had… Read more → 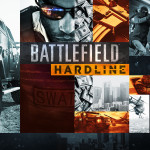 I have reached that phase in every game where it is time to go back to parts of the game I have already played and get specific achievements, or at least go for them. Its quite a rewarding part which normally yields quite a bit of achievements. But thats what next, here is what happened today. I got off work… Read more →

It rained pretty darn hard while I was at work today, giving me a free evening as kickball was canceled soon after. The afternoon/evening was clear skys, but the fields hold water quite well, so it wasn’t a surprise at all. So instead of playing kickball I got to playing video games. Booted up Hardline and got two episodes done.… Read more →

Played some Hardline today got a few episodes done. Got a few achievements on the way. The story in Hardline is pretty good, at least so far. Its been kinda typical bad cop drama, but that isn’t necessarily a bad thing. I’ve been couped up all weekend with this whole wisdom teeth thing, so I wanted to get out and… Read more →

After playing football, running errands, and practicing some kickball, I finally got time to play some games. I started with Battlefield Hardline trial. I played the prologue and the first level. I would have played more but they only let you play the first two levels in the trial which I have to say, caught me off guard. I think… Read more →

Another day, another day with Screamride. This time I got to try my hand at roller coaster building, the third and final mode this game has to offer. I think this mode is probably going to be the easiest out of all of them, but its also going to be the most frustrating. There are a few bonus challenges that… Read more →