Sunday is normally brew day, after church of course. We try to brew almost every other weekend. Today’s brew is a Vanilla Porter. We have done quite a few brews over the last few months since I met my fellow brew buddies from work. Currently we have a blonde, pale ale, dunkel, oatmeal stout, hefeweizen, spiced festale, and a few more. Yeah, its a lot of beer, some better than others. Hopefully some day our craft will be good enough people will pay to drink what we brew. We do 5 gallon batches, pretty standard stuff. We have leveled up to all grain batches, and the next level up is crafting our own brew recipes.

Brew day takes about 4-5 hours, so once the beer was put in its fermenter, I went to the local sportswear shop and got some cleats (Lionel Messi’s of course) for football (american) and potentially kickball, and maybe even soccer (football). 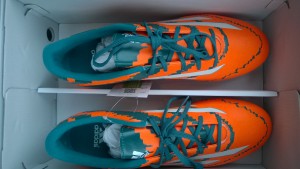 After I got home I jumped on the computer and recorded episode 202 of the Achievement Hounds Podcast.

I posted the show and finished House of Cards Season 3 at around the same time. The season was pretty good, not the best, but still enjoyable. I see them wrapping it up when everyone else thinks its going to end, season 4.

Now for gaming, I decided to play Dead or Alive: Last Round. I got a few achievements, 11 in total, there are still quite a few easy achievements left in the game. I have 180 points in 30 minutes or so of play which is almost as much as I have in GTA V, in much, much less time. Tomorrow I will hopefully have ScreamRide, so ill give that go, but I got plenty of work left in DOA.

Thats it for me.